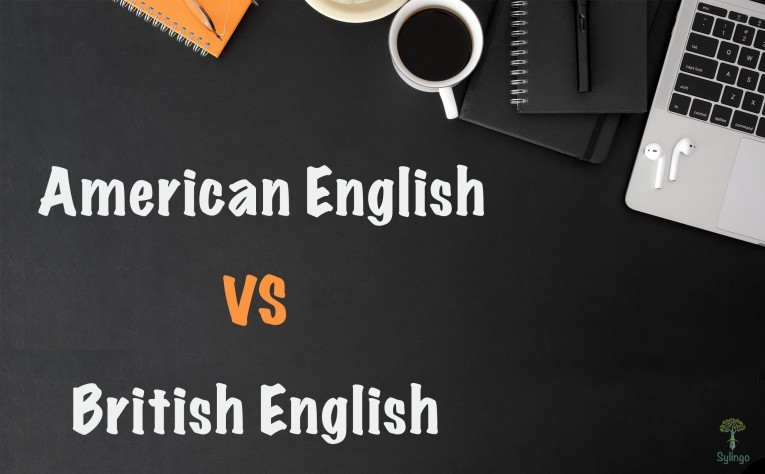 When learning English, many people are faced with the following choice: which variant of the English language should they learn?

Although there are other variants, like Australian English or Canadian English, most people choose between British English and American English.

The answer to the question «Which variant is it better to learn?» will depend on each individual learner.


Are there huge differences?

British and American English are not two separate languages but variants of the same language. If you learn one, you will be able to understand the other fairly well, although some differences may take some getting used to.

However, as these variants are separated geographically, spoken in two different countries with distinct cultures, quite a few differences have developed.


The most noticeable difference is probably the pronunciation. Many things are pronounced differently in these two language variants. For instance, the letter ‘r’ at the end of words like ‘car’ and ‘star’ is not pronounced in British English and pronounced in American English.

That said, the two language variants are mutually intelligible.

How should you choose?

Although, as stated before, you will be able to understand American English if you learn the British variant and vice versa, there are still cases where learning one variant is preferable over the other.


When making your choice, think of your goals for learning English. For instance, if you are planning to study at a British university, be it Oxford, Cambridge, or any other, learning British English will make achieving that goal a little easier. You will also understand the lectures much easier.

If you are planning to work for an American company or to immigrate to the US, learning American English is, of course, preferable.


However, not every learner has such clear goals or at least goals that will so clearly point to a more preferable variant of English.

If you do not have plans to study at Oxford or move to the USA, you can then choose the more widespread variant. Nowadays, this seems to be American English: it has a large number of native speakers (over 300 million, compared to around 67 million in Great Britain) and more than 50% of people who learn English as a foreign language prefer this variant and consider it to be more important.


There is another way you can make your choice: simply choose the variant that you like more. Quite a few people learn British or American English simply because they enjoy one more than the other.

This preference is usually based on how the two variants sound. If you are not sure which one you prefer, you can go to YouTube and listen to speakers of British and American English to compare.

The two variants of the English language are not that different. If you learn one, you will be able to understand the other, especially after you learn some new vocabulary and get used to the unfamiliar pronunciation.


Learning British or American English may be preferable if you are looking to work, live or study in Great Britain or the USA. American English is also more widespread, which makes it more desirable for many learners.


Otherwise, it is a matter of what you personally enjoy. The important thing is that the English language, no matter the variant, allows us to connect with the world.

Sylingo helps you learn languages ​​in an easy and fun way.

Upgrade to remove ads  (Only 1.6/month)
Leave a comment Your email address will not be published.
Comments
Vadym Osiiuk

This is an interesting topic for discussion. Personally, I prefer American English because it's easier to read words, and most of the films in the original often use the American version. But in my school we teach the British version, and if, for example, I read the word "work" with the letter -r, then the teacher remarks to me that I did not read the word correctly. Although, as far as I know, in Europe, and generally use both versions of English (a kind of mix). In general, I would like to discuss this topic with my English teacher.

How to learn Arabic


Upgrade to remove ads  (Only 1.6/month)
These articles may also interest you

How to prepare for the TOEFL test
Upgrade to remove ads
Only 1.6/month
Subscribe to our newsletter